A plan to re-energize and reposition credit unions for future success: Part 1 – The Idea 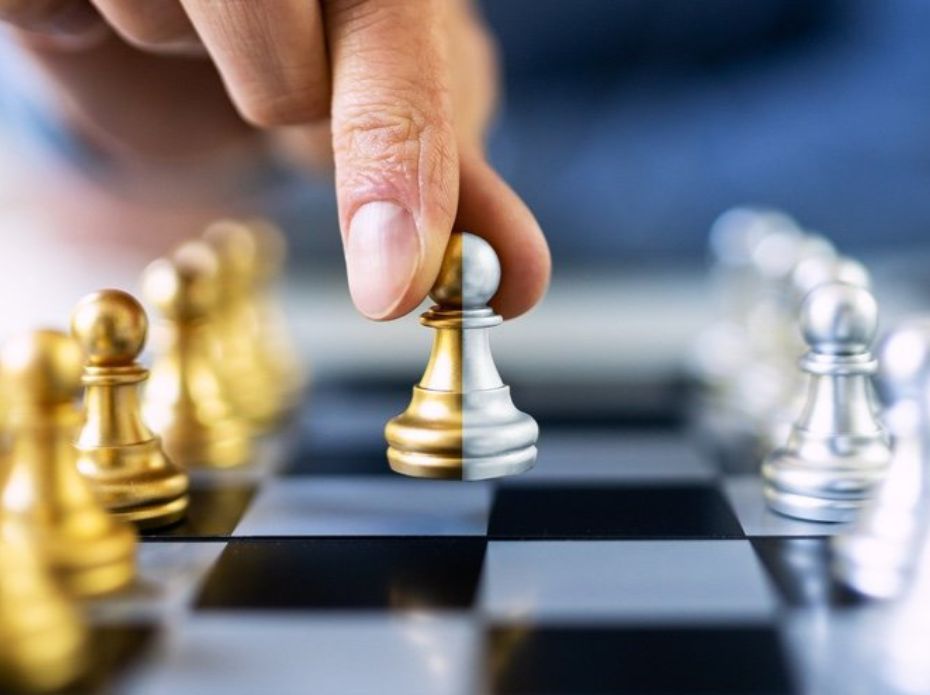 First, I must confess, this idea has been on my mind for several years now. In fact, I have shared it with a couple of the credit unions I have previously worked for, but it was deemed as “too radical.” Imagine that, too radical for credit unions, especially given the origins and history of the credit union movement—what could have been more radical back in 1934 than giving people control over their own financial futures through the formation of financial co-ops following the collapse of the consumer banking industry?

We’ve grown complacent and yes, somewhat boring. We’ve strayed from our roots and gutsy approach to banking. And perhaps, therein lies the problem we face today. It’s gotten easier for us to mimic banks than continue to evolve around our radical DNA and to “be different.” I believe we are at a crossroad—we have the opportunity to be bold and reinvent ourselves or to be fine with being a bank without the label. Oh, to be truly different again!

As many of us in the credit union industry know, our history was one filled with pioneers and rebels and dreamers. They dreamt of people helping people and individuals having control over their own financial futures. That’s how it all got started. But today, over the course of the years, we changed—some of the change came as the result of the employer landscape changing, the desire to compete more directly against banks and as a result, we’ve morphed into being banks with a different name (although some CUs try to mask the fact that they are a “credit union.” Is the industry name confusing, misleading, or misunderstood? Absolutely. For years we’ve tried at the local and national levels to explain credit unions and point to our incredible differences as a benefit to “members” and an advantage over banks. Let’s face it, our advantages are not easy to capture on a billboard while driving by at 65 MPH.  It usually takes a conversation to identify and articulate each of the key advantages we have over banks—and explain the real benefits in relatable terms to consumers. There are a few credit unions that have gone as far to create slogans that clearly distance themselves from banks (the “unbanks”). But, for most, we behave just like banks and even boast that we have everything that banks have as a sort of apology for being a credit union! This just feeds the banking industry’s argument that credit unions are no different than banks and the tax exemption afforded to us should be eliminated. After all, “if it looks like a duck, sounds like a duck and walks like a duck … it must be a duck.” We need to save our industry and future, or we will all end up being banks. That outcome is bad for hard-working Americans who do benefit from credit unions.

Credit unions repositioned: what we can do that banks won’t

We have fallen into the trap that we must mimic banks to survive. Our history is filled with differences that make us so much better than banks. Movement founders were rebels, revolutionaries that argued for a radical approach to banking. As credit unions, we started out different and we must continue to promote our differences. Only until recently, credit unions held a significant satisfaction advantage over banks. That has changed—what happened? We must regain our advantage over banks.

There has been a lot of talk recently about financial health and wellbeing. So far, it’s mainly just talk for most credit unions. Some credit union leaders have been arguing for greater adoption, including Gigi Hyland, Executive Director of the National Credit Union Foundation (NCUF). But we need the entire industry to commit to making a dramatic and radical change to how we do business. We often talk about “People helping People”— the credit union movement mantra. Now is the time to contemporize that slogan and use it to our advantage. When the movement started, credit unions provided individuals the ability to control their own financial futures — a huge departure at the time from the banking industry that had failed when the economy collapsed and banks went bust, wiping out the lifetime savings and deposits of so many hard-working Americans.

The COVID-19 pandemic can be our new wake-up call. So many Americans were unprepared financially to cope with the disruptions it caused. Most credit unions stepped up and made short-term concessions for members — from delayed loan payments to access to low/no interest loans to help get members through the difficult times. Those were, for the most part, band aid solutions, but good ones indeed. And we would have expected credit unions to respond the way we did. COVID-19 highlighted the fragile condition of many credit union members, and the general US population, as well. In fact, a recent report from the Financial Health Network indicates that many Americans live paycheck to paycheck and a majority aren’t considered “financially healthy.”

To truly reposition ourselves and provide a meaningful difference from banks, we need to do something radically different. What if we became the movement dedicated to make sure that all members become financially healthy and well? Actions instead of words. It would require a new way of thinking, new commitments and promises to members, and new products and services to ensure that we are improving the lives of our members (and contributing to a healthier US economy and local communities) in ways that we haven’t done, and banks certainly won’t do, given their business model that puts profits over people. It would reinforce the not-for-profit business model we operate on.

Consider this analogy — much like how the healthcare industry is focused on improving the physical health and well-being of individual patients, credit unions would focus on improving the financial health and well-being of individual members. In the healthcare world, we’re encouraged to get an annual physical. Our weight is recorded, blood pressure is measured, blood samples drawn and analyzed, and we’re checked for other things that ail us or cause us to be less than healthy. As a result of the medical check-up, a health professional might prescribe a regime to get the individual to a healthy physical state — for example, that might include losing weight, changing a diet, ceasing to smoke, exercising, or a medication to lower cholesterol, or blood pressure, etc. As a result of an annual financial check-up, the credit union professional might similarly prescribe a regime to get the member to a healthy financial state — for example that might include, shedding some debt, saving for emergencies or specific goals (like retirement or college education), refinancing loans at a lower rate, investing in higher interest-bearing products (like money market accounts or CDs), or a plan to improve the member’s credit score.

The benefits to the member and the credit union movement of an industry positioning like this are obvious. But it will take a commitment to do what’s right for the member, not just the credit union’s bottom line. I remember the response to this idea from a couple of credit unions I suggested it to—”why would we do something like that? We’d be cutting the amount of interest we could earn if we discouraged more borrowing, or it would cost us more if we suggested moving money from a non-interest deposit account to one that we’d have to pay interest on.” I ask, how is that “helping members”—it’s a flagrant violation of our mantra of “people helping people” and really isn’t very different from what banks would do. We must return to being honest with our mission if we hope to be truly different from the banks. Now is our time. I’m not suggesting the path will be easy — it will require doing things differently. Stay tuned for Part 2 — how we can make this happen.

Alan is a passionate credit union veteran, having served as Chief Marketing Officer for two different $B+ credit unions and as Director, Brand and Creative Services for CUNA Mutual Group’s TruStage brand, from its launch to its successful establishment as a leading business line. Most recently, he was CEO of Exclamation Services, a CUSO focused on helping small and medium-sized credit unions in Wisconsin compete more effectively.

Alan is recognized by the credit union industry as a visionary leader and top marketer. He has been trained through Filene’s i3 innovation program, was named one of CUNA’s annual Rock Stars, and was presented with the coveted Marketing Trailblazer award. His marketing efforts over the years have resulted in numerous CUNA Diamond marketing awards. He is a CUDE-certified industry leader, as well. 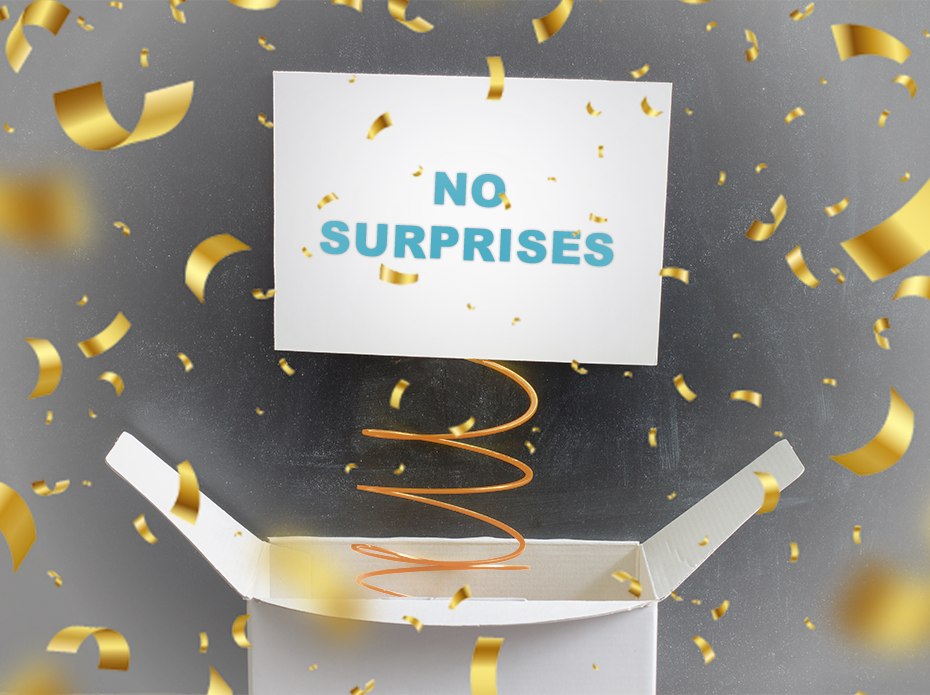 “No surprises” is a great motto for a Compliance Department. 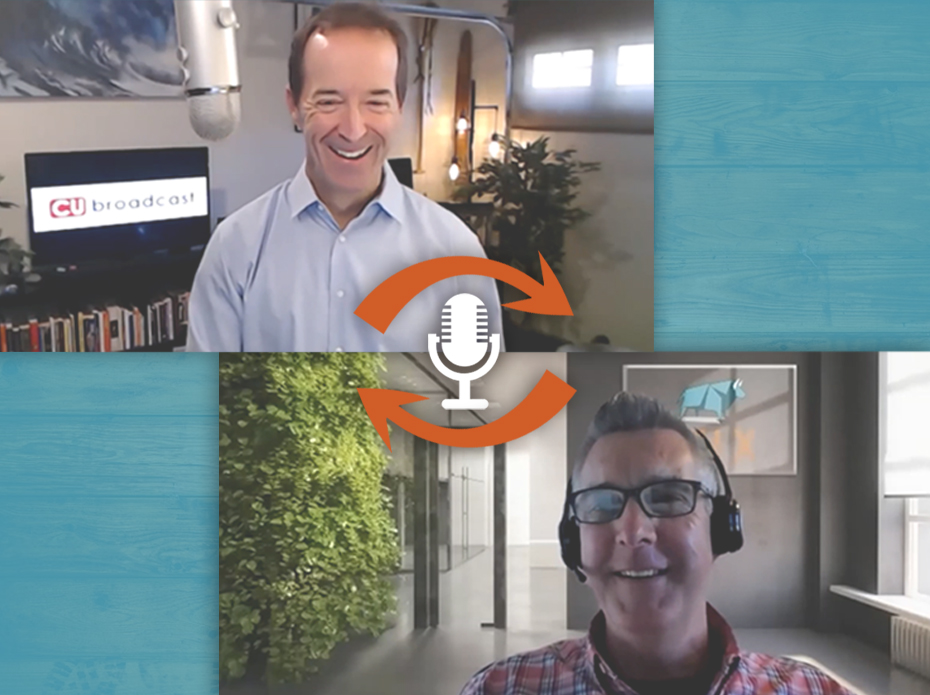 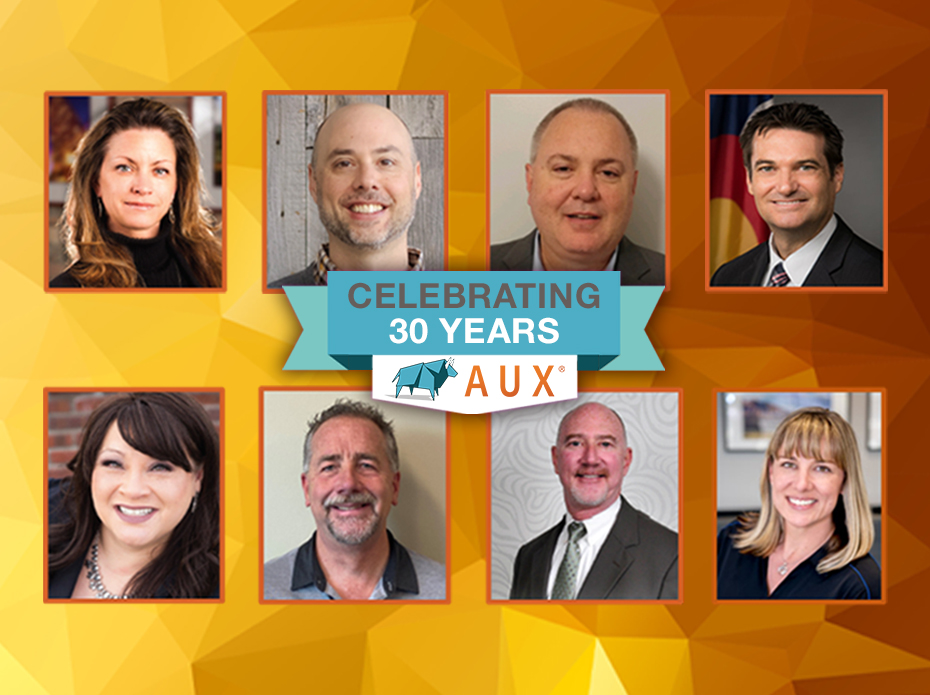